Back to Obituaries/Notices
Jandrew, Charles 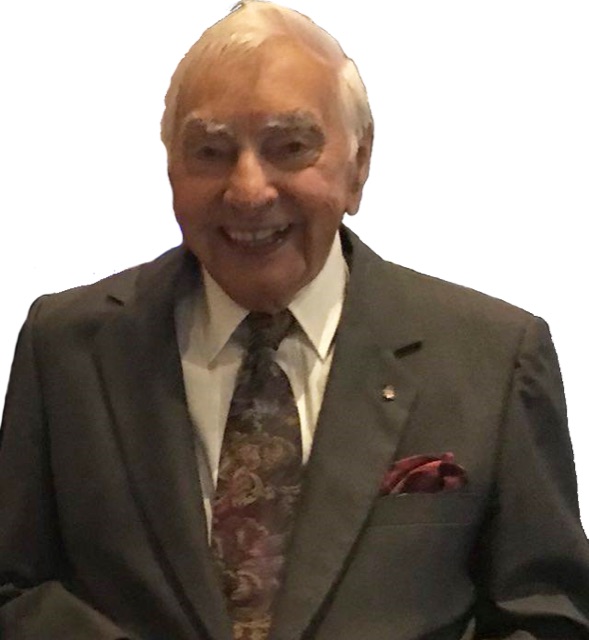 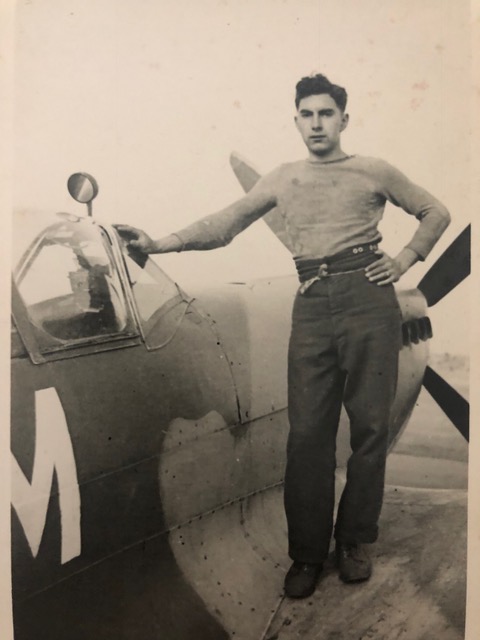 It is with deep sadness that we announce the peaceful passing
- at his home in his sleep - of
Charlie Jandrew
at the age of 97
in the presence of his wife Jean.

Charlie was best friend, constant companion and a loving husband to Jean Barrett.
An exemplary step-father to Doug (Lori), Barb (Paul) and Ross (Anne-Marie).
An amazing grandfather to Robert (Lindsey), Kristy (Michael), David, Liam (Hayley), Emma (Bren), Connell,
Teighlor, Madison, Brynne and Rhysse.
A proud great-grandfather to Josiah, Gavin, Carter and Abigail.
Charlie was pre-deceased by his parents Alfred and Clara (nee Gay), brother Don, sister Doris and his first wife Bernice.
He was a loving brother-in-law and uncle to his large extended family and will be fondly remembered.

Having spent most of his life in Wellington, Charlie’s experiences were many and varied.
As he was mechanically inclined, he served as a Spitfire mechanic in England during the WWII and was very pleased to make the return voyage to Canada via ship following Victory in Europe. In fact, Charlie vowed he would never fly in an airplane after the war.
While he and Jean traveled widely in later years, including snowbird winters in the Florida sun, it was never by plane!

After the war, Charlie, returned to Wellington and worked many years and fondly recounted his time with MacFarlane Construction.
He told many stories from those days and much of our Eastern Ontario Road network is the product of the efforts of Charlie and his colleagues. Did you know that Hwy 7 was supposed to be the 4 lane Hwy to Toronto not the 401!

After leaving MacFarlane construction, Charlie purchased the Wellington Five to a Dollar, which later became Stedman’s located where
Nash Home Hardware sits today. Historically, there was an old lane between the 2 buildings separating these two store fronts.
He went on to become a very successful business man and entrepreneur purchasing real estate in the village.
He was actively involved in his community, supported many organizations and sat on local council.

He loved puttering at his “tin barn” in Wellington. His energy and vigour were truly remarkable.
Whether teaching grandkids to ride any manner of bike, tractor or moped or making wooden stilts and showing them how
to walk with them at the age of 80, finishing the basement of their home including dry wall on the ceiling when he was 90,
he kept himself constantly busy and on the go.
He was blessed with excellent health throughout his long life...
truly, he was one of a kind and an example for all of us to try and emulate.

Cremation has taken place in accordance with Charlie’s wishes
and an open air Memorial Service at the Wellington Cemetery
will be held on Friday, August 21st at 2:00pm.
(Please wear a mask and respect social distancing)
In lieu of flowers, donations in Charlie’s memory may be made to the Prince Edward County Memorial Hospital Foundation
or Hospice Prince Edward, so as to support the County he loved.
Arrangements entrusted to the
AINSWORTH FUNERAL HOME,
288 NOXON AVENUE, WELLINGTON
Online condolences and donations at
www.ainsworthfuneralhome.com

Memorial Donations to the Prince Edward County Memorial Hospital Foundation
may be made by cheque and mailed to 403 Main Street, Picton, ON K0K 2T0 or online at www.pecmhf.ca