Back to Obituaries/Notices
Weese, Shelley

Passed away unexpectedly at her home in Trenton
on Tuesday, February 20th, 2018

SHELLEY WEESE
In her 66th year 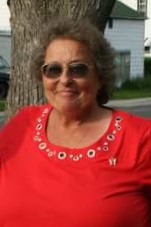 Beloved wife of the late Lionel Weese.
Mother of Rebecca Briand (Bryon), Sherry Weese (Scott) and Robin Grant (Marshall).
Fondly remembered by her grandchildren Clovis, Marsha, Orane, Justice, Tim , Shamar, Harrison and Gray.
Shelley will by missed by her family and friends in the community.

Shelley’s family would like to invite her friends to gather
to celebrate her life on Sunday, March 18th, 2018 beginning
at 11:00 a.m. at the Allisonville Hall, 11 Dutch Road, Consecon, ON

Memorial Donations to the StoreHouse Foodbank would be appreciated by the family.