Back to Obituaries/Notices
Sheppard, Gregory 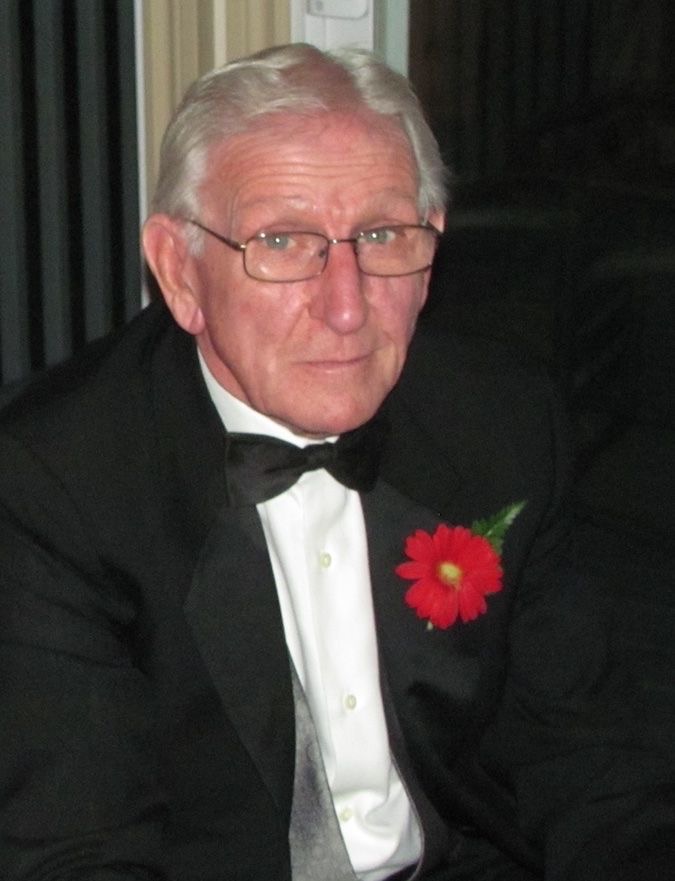 Spring was in the air on the morning when Greg passed.
Knowing he wouldn’t be on the golf course this summer he made other plans.
He passed peacefully at home surrounded by loving family.
A celebration of life will be held following cremation with close friends and family.

If you ever had the pleasure of meeting Greg Sheppard, you knew you were in the presence of both a character and a man of character. After spending time with him you left having heard a few stories, he knew more about you than you planned on sharing,
and you looked forward to meeting this interesting man again.

Greg grew up in St. George’s Newfoundland. He was the oldest child of Kathleen and Francis Sheppard; with siblings Art (Ellen),
Valerie (Ken), & Stuart (deceased). He had many hysterical stories of working out on the land, playing hockey until dark,
the variety of ways his mom knew how to cook cod fish, and collecting his neighbours mail daily paid with 1 prune/week.
He survived school with the nuns and left with his grade eleven diploma in hand.

Always an adventurer, he saw an advert on the post office wall looking for labourers in Labrador City.
A quick visit with a recruitment officer and he was off. He left home in 1962 to join in on the dream of progress
and promises of a better life. He soon met the love of his life,

Mary Bartlett of Bell Island, on a blind date. Well, the rest of that story is a legacy of love.
Mary and Greg were married for 58 years and went on to have: 4 daughters De-Ann (Michael), Wendy (Chris),
Angie and Ingrid, Mike Parsons, father of Joshua and Liam, was like a son to him, 5 grandchildren Joshua (Melissa), Liam (Floss), Grace, Caelan and Gabby, and 3 great grandchildren Zachary, Faith and Phoebe.

Greg enjoyed both the simple pleasures and the fine things life had to offer.
He noticed the details of landscapes, nature, masonry, animals and the feeling of sunshine on his face,
all while receiving packages from Harry Rosen, appreciating art, Mary’s gourmet cooking, fine wine and the occasional cigar.
He loved being outside in every season- loved to ski, garden and most of all a good game of golf.
Peak golf moments included: TWO holes in one at the Wellington golf course, playing at St. Andrews in Scotland,
and his many trips to Myrtle Beach as of one of the Bartlett brothers.

Greg arrived in Labrador with a strong work ethic and determination and was quickly promoted during his tenure at the Iron Ore Company of Canada (IOCC) - foreman, general foreman and supervisor (aka red hat). He loved to share stories of life at the bunkhouse, how they built the mill, the calls in the night, strikes, and how they would alter working conditions to satisfy inspectors only to crank up the mill full tilt when they left. In 1976, after 14 years of service, he received a diagnosis of silicosis which resulted in him failing his miner’s medical and ended his mining career at IOCC. Later in life he held the paradox of those years being some of the best in his life, while also realizing that he had been part of an industry that shortened his life and the lives of others.
He held this tension without malice.

Greg prided himself on being a devoted husband, a loving father, and good provider for his family.
He wasn’t out to get rich but was always careful to ensure there was enough. Greg’s core values were family, integrity, trust and the importance of honouring commitments. In his world a handshake was as good as a contract. Greg’s friends knew they could always count on his loyalty, and he cherished this in return. He was a man you knew you could count on for a good joke, a story and so much more.